We are pleased to announce that Treasure Data Heroku Add-on is now GA on Heroku!

We were in public beta for several months, and we are confident that our add-on will be a boon for any Heroku user trying to analyze a large amount of data.

Many thanks to our early adopters and the Heroku Team! 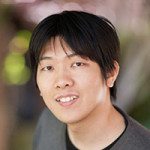 Kazuki Ota
Kazuki Ota, is the vice president of technology, IoT services group at Arm. Prior to that he was the CTO and co-founder of Treasure Data. He also founded the Japanese Hadoop User Group, the world’s largest such group. Kaz is an acknowledged expert on distributed and parallel computing, and combines his knowledge of these technologies and Hadoop with the conviction that the service model is the only way to bring big data analytics to the mass market.
Treasure Data