Amazon Web Services EC2 is an extremely powerful cloud computing technology. In particular, R3.8xlarge instance is recommended by Amazon for “high performance databases, distributed memory caches, in-memory analytics, genome assembly and analysis, Microsoft SharePoint, and other enterprise applications.” It offers 244 GiB of RAM – 30x greater than that of a standard 13-inch Macbook Pro. With these kinds of specs, I’m interested in how well the R3.8xlarge instance performs as a data science tool.

To test the capabilities of the R3.8xlarge instance, I’ll be using a large dataset from the Python library, pandas.  Since pandas is a memory-intensive technology running scripts on data frames larger than a gigabyte on a local machine can be very time consuming or cause out of memory errors, so the opportunity to test it in the cloud seems like a great option.

My test plan was simple: set up a R3.8xlarge instance, upload a dataset of my choosing onto the virtual machine, run and time a number of pandas scripts on the machine, and record my findings.

The way I set up my instance is pretty straightforward, here’s how I set mine.

Now that the instance is set up and running, here’s how you access and set up your virtual machine.

I have all the tools I need to work on my dataset and now it’s time to upload a dataset into my virtual machine. I chose the dataset from Kaggle’s Lending Club Loan Data competition containing data on every loan from 2007 to 2015 issued by Lending Club. It’s a logical dataset with straightforward features.

Our machine is up and running, and our dataset is loaded on our virtual machine. However, it is very important to remember to keep track of the time the instance spends running because Amazon charges instance use by the hour, $2.80 in this case.

I start up an ipython shell, import pandas, and load in the loan dataset.

The loan dataframe is only using up 508MB, which is way too small for an operation like this and a waste of money obviously. You can find out how much memory a pandas dataframe is using by doing:

In order to significantly increase the size of the dataframe, we can concatenate it with itself many times.

This command gives us a dataset of 49.6GB.

To time a command in ipython, all you need to do put the ipython magic function “%timeit” before your command. %timeit is lot less cumbersome and time-consuming than using the time library or any other time-based module.

The results of the %timeit function return the number of loops the it took and the shortest time it recorded.

The biggest positive takeaway from these results is the absence of any memory errors. Overall I believe that based on the tests I ran, pandas can easily handle the weight of 50GB on the R3.8xlarge instance. In other words, if you are analyzing a dataset with 100 bytes per event, you can crunch 500 million rows of data in pandas. The simpler tasks such as retrieving the columns or the dimension of the dataframe occurred instantaneously and the majority of the operations were measured in the units of seconds or smaller. The more complex operations such as the applying a function or the groupby command took a relatively short time when you consider the demands of those operations.  Unless time is extremely crucial, I do not recommend using a more powerful and expensive EC2 instance than the R3.8xlarge when working with datasets in pandas.

The results from this initial test clearly indicates we need to go bigger in order to find the ceiling of pandas in R3.8xlarge.

For the 2nd round, I doubled my pandas dataframe with the same concatenation script but this time I made 200 duplicates instead of 100 (177475800 rows x 74 columns). And for the purpose of continuity, I used the same scripts for the bigger dataframe, that I used on the smaller one.

The findings from these results demonstrate that I did indeed reach some limitations due to the presence of several memory errors caused by the scripts.

In the end, for most operations, pandas does a decent job of handling a 100GB dataframe. However, a more powerful virtual machine is needed for some functionality like certain ‘groupby’ and ‘corr’ calls.  For these, I’m looking forward to running the same test again on the upcoming X1 instance, once it becomes publicly available.  Stay tuned!

Here’s are my key takeaways from the 100GB test:

Disclosure: This research was sponsored by Treasure Data 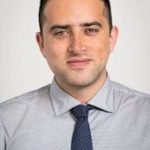