Customer Highlight: Making Money at the Speed of Customer Insight at DashBid

Customer Highlight: Making Money at the Speed of Customer Insight at DashBid

Being data driven has very little to do with marketing dashboards. Data driven organizations create value programmatically, by productionizing algorithms that exploit patterns for profit. It’s obvious when companies achieve this magic trick, because they lift off and soar over the heads—or, to be honest, more often the dead bodies—of their rivals.

Since every company wants to do this, there are now a million SaaS tools that purport to help them do it. But let’s face it: Not everyone understands what data driven means, and many of these applications exist to exploit companies’ desire to be data driven without helping them actually do it. DashBid is an example of a company that actually did it, with the help of Treasure Data. Their story is instructive for companies that aspire to do the same.

Lesson 1. Have the Firepower You Need to
Fight the War You Want to Fight

DashBid started out setting up private exchanges for digital media publishers to help them increase their margins by charging more for premium video advertising space. But their big breakthrough came when they realized there was a better way to help publishers make money.

The insight was that buyers were programmatically taking advantage of pricing fluctuations on real-time bidding (RTB) platforms to drive down the cost of ad space, and that this assault was asymmetrical; publishers needed a real-time selling platform to programmatically find buyers willing to purchase publishers’ ad space at the best rates. If they had this, not only would it drive up fill rates and CPMs for publishers—by finding the best advertisements for the space, it would increase the value for advertisers as well. It was win-win.

Using Treasure Data, DashBid integrates optimized algorithms with production workflows on the fly for continuous data integration. The ability to run queries and get answers in seconds enables DashBid to make hundreds of changes to their yield optimization algorithms per hour, resulting in higher fill rates and CPMs for their customers.

DashBid realized to enter this new business model was to commit to an arms race. To adapt faster than the bots trying to exploit the sellers, they needed to constantly monitor patterns in the data and be ready to update their algorithms to stay one step ahead of the bots. Fortunately, they had a means of doing this that didn’t require hiring a whole data engineering department, because it so happened they had recently started using Treasure Data.

Treasure Data automatically collected, processed, and centrally stored streaming data from ad servers, and let them run ad-hoc queries which they could then seamlessly deploy into productionized workflows. “We couldn’t believe how lucky we were to have something like this that just works,” said Dan O’Hara, DashBid’s Senior VP of Engineering. “It allowed us to get up and running when we were just 3 or 4 people, and we were very happy to use it more and more as we really started to take off.”

“Doing it the old way, you’d have an idea and get an answer several hours later. If you’re lucky. Now we have an idea, we can run a query in Presto, and we get the answers back in seconds. Seconds.”

By solving all their data infrastructure problems in one fell swoop, Treasure Data made it possible for DashBid to focus intensely on one thing—building their product. O’Hara, who had previously supervised thousands of data engineers, was very clear how important this was. “I’ve run a 24/7 data warehouse, and it takes more people to do that than you think it does. Because of Treasure Data, I can focus on hiring engineers who are really specialized at advertising, not engineers who are specialized at managing big data clusters. And I don’t want to be in the big data business. I want to be in the advertising business. That’s exactly what we get with Treasure Data. They take care of all that work for us so we can focus on the things we do really well.”

DashBid’s ability to generate revenue is entirely dependent on their ability to iterate quickly. The fact that they can generate queries directly in the Treasure Data console, run them on huge data sets, then repeat the analysis over and over again until they get it right, on an underlying system that runs quickly and reliably, is huge. “Doing it the old way,” says O’Hara, “you’d have an idea, and get an answer several hours later. If you’re lucky. Now we have an idea, we can run a query in Presto, and we get the answers back in seconds. Seconds. We’ve found sixty-second patterns in the way advertisers are buying space for their ads. And if you can see the pattern coming, and optimize for it, and take advantage of it the next time it comes around, you’re making money that otherwise wouldn’t have even been visible.”

DashBid’s business, and the value they deliver for their customers, keeps growing, and Treasure Data is at the very core of their value proposition. “It’s the bill I’m most pleased paying at the end of the month,” says O’Hara. “I begrudgingly sign the check to Amazon, but when it comes to Treasure Data, I have no worries at all, because the value we get there is just superb.” 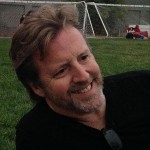