When was the last time you visited a website and thought, “Wow, this thing is *too* fast?”. Go ahead, really think about it. I’ll wait. Oh, you’re done? Ya, I’ve never thought that either. Speed matters. People don’t like to wait around for stuff. Amazon ships an order less than 30 minutes after you put the item into your cart and even for them, it’s not good enough. They’ve got a patent on setting aside and pre-boxing stuff they believe you’re likely to order in the future.

Speed as a competitive advantage

For websites, the same principle applies. Myself, I first heard about performance optimization in the aughts at Yahoo, from a guy who went on to write multiple books, invent the standard tools for measuring website performance and more. Steve Souders(1) was an inspiration and years later when I worked Intuit, we brought him into inspire the team as we implemented a series of performance improvements.

Looking at 2016 in the rear view mirror we see that AMP (Accelerated Mobile Pages) (2) from Google is a big deal. Both because internet traffic has switched from desktop focused to mobile focused and because publishers still haven’t been able to find a happy medium between monetization and fast load times.

There are a few options. One is to cede control of your experience to Google, or another entity, and ensure that the speed keeps up with the increasingly short attention spans of prospects. The other is to focus on best practices, do some digging and learn how & why performance is and will always be an important part of website optimization. I’d be delighted to walk through the minutiae of this topic but smarter people than me have already done the research. Popular websites are faster(3), both on desktop and on mobile. If you want to beat the competition, start with Steve’s 14 rules for high performing websites.(4)

PageRank, if you have yet to hear of it, was the patented formula from Google co-founders Larry Page and Sergey Brin invented while they were doctoral students at Stanford in the 1990’s. Based on the idea that well cited research was more important than less well cited research, they came up with a novel way to give every single webpage an individual popularity score. This ability to sort the wheat from the chaff proved such a massive competitive advantage that in their S1 filing to go public, they cited their exclusive license from Stanford University as an existential threat to the business. If another search engine licensed the same technology, their search advantage might decline.

However, the original formula failed to consider the dark side of search engine optimization and over time, the search engine has added ever more complexity to the original formula. One of the more famous exploits of the original Google search weakness was the Hugedisk e-zine, which jokingly linked to the George HW Bush biography on whitehouse.gov with the link text, "miserable failure." (5) This caused the website to shoot to the top of Google results for the phrase miserable failure and soon, both the left and the right had a field day, attempting to make Michael Moore and others outrank the originally pranked site for the phrase, "miserable failure."

While such a simplistic trick will not make you rank number one for your most important phrase like "designer widgets," conceptually, the search engine still works the same. A website must be popular to outrank its competition because of consumer expectation and real world economics. If the brand Subaru has more sales volume than say, Toyota, why should it not rank ahead of the Toyota website for the phrase "cars"? Similar for Starbucks, if you search for coffee and can’t find their website and instead are presented with a page full of niche, never heard of brands, you may believe that their search functionality is broken.

If you are new to SEO, you might wonder, "How do I track my popularity?" There are several tools that allow you to monitor the number of links to your website and compare how popular your domain is to another.

If you don’t need tools but would prefer an authoritative report on how popularity impacts search results, take a read through the SearchMetrics annual reports(6). Their research is easy to understand, well-structured and always insightful.

Tell me something, have you heard that people read less than they used to? Or even better that, "Nobody reads on the internet?" I’ve read that phrase and heard this anecdote for nearly two decades. After some research, you might find that Steve Jobs made this unfortunate claim in a New York Times piece in 2008(7). If you keep digging, you’ll find that more recently, The Atlantic had a nice overview of this subject and came to the conclusion that yes, as a society, we’re still reading books.(8)

Just how old is the myth that nobody reads anymore?

If you search in the New York Times archives, you’ll stumble across this gem from 1924 that surmises the modern undergraduate in college reads less than their forbearers.(9) It’s without a hint of irony that, for decades now, a crapton of ink has been spilled to drive home the point that apparently, none of us is reading. Odd then that the only way people have come to this conclusion is through the aforementioned past-time, i.e., reading.

Let’s make a giant leap and conclude that, contrary to the pundits, we’re all reading.

What does that mean for your content? It should be engaging, relevant and – most important – be contained in a format that can eloquently share all the nuance that’s possible in prose. Sure, an infographic can give a quick and pithy perspective, or summarize all that’s important about feces(10); but can an infographic or icon truly convey an emotional perspective? If the written word is unimportant because, "Nobody reads," then why isn’t every webpage simply a graphic with a big arrow pointing to the form to enter your credit card details?

Amazon, as an example, has longer, richer and more content heavy pages than Target or Walmart. Their success is clear in the market and while we might not read the 185 reviews on toilet paper pontificating the virtue of three ply over two, their website is a paragon of content.

But wait, what about Rankbrain?

In 2015, when Google announced that they were changing the guard and the new head of search had a background in AI with the retirement of Amit Singhal, nearly everybody I follow who writes on search was quick to share their opinion. While the bleeding edge of any given technology is fascinating, when you review the basics: sites are too slow, popularity still matters and content is (and always will be) king…well. Trying to figure out if a GRU, LSTM or similar neural network will yield better overall end user experience than say a probabilistic algorithm might be an exercise in sophistry.

People want fast results, they expect to see popular brands and for some reason, they will not only visit the websites with content but they’ll read it. If you are looking for ways to outpace the competition and want to uplevel your business, consider investing in these key areas. Website optimization has been shown to improve both acquisition and retention metrics. Popularity, meanwhile, goes hand in hand with digital success. Have you heard about the time that some website bragged about their declining popularity? Ya, neither have I.

"Those who cannot remember the past are condemned to repeat it." – George Santayana(10). 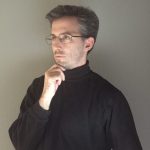