Part 1: What the Decline of IDFA Means for Marketers

It’s not ironic that the IDFA stands for “identifier for advertisers.” Apple gave the ad industry this identifier to track end-users throughout the advertising ecosystem. Most folks who have an Apple mobile device (iPhone) didn’t realize what IDFA was, that it came auto opted-in on their device, or that it followed them around wherever they went. It is possible to turn it off and even to reset it, but only a small percentage of people do either.

Sound nefarious? In today’s climate of increased privacy concerns, compliance requirements, and protection regulations, Apple and many others now deem so. With that said, Apple has a solution to propose (more on the SKAdNetwork later). Sparing you further documented history of the IDFA, here’s what’s happening:

When is this happening? Any day now.

The move has been bandied for some time. And Apple formally announced its plan on June 22, 2020. Originally Apple said the change would happen in September 2020 with an upcoming iOS 14.X version launch. However, due to the outcry from many companies across the globe not ready for the move, Apple postponed. Many have speculated it would happen this April.

Is this the death of IDFA?

Industry folks are using terminology like “deprecation” or “killing” of the IDFA. But it won’t be completely deprecated or killed, at least not right away. Rather, the iOS 14.5 will render the IDFA to an “off” state and every app downloaded would need the user to opt-in.

So it will still be possible-ish to collect an IDFA and follow that user. However, industry experts estimate less than 10% of users will opt-in to allow IDFA tracking—turning the current tracking scenario on its head.

Up until now, Apple’s IDFA (identifier for advertisers) has allowed companies to track users and match ad clicks to app installs. Apple’s next iOS version will turn off the IDFA and turn the current tracking scenario on its head.

No doubt, this is a big deal. Up until now, the IDFA has been used for iOS attribution.

The IDFA attribution flow begins with a user clicking on an ad in an app on their iOS device. When the user goes to the Apple App Store, only Apple knows what the user is doing (in industry terms, the user has gone into the “black box”). When the user interacts with the app for the first time, the MMP works to match the IDFA to the original click and make the attribution.

When the iOS 14.5 “deprecates” the IDFA, it will affect mobile advertising in several ways, which is why investing in owning first-party (1P) data has never been more critical to a business.

You can expect the lack of an IDFA will complicate the following:

Some users will still opt-in to the IDFA. But apps will need to ask for permission, and again the numbers will be relatively very low. From Apple’s Developer Documentation:

Many will see it as a marketing best-practice to use the ATT and the data that can be acquired and shared. Testing will need to be done, but this data could still benefit marketing and advertising efforts to a degree.

Moving from 1:1 attribution to an aggregated model—enter Apple’s SKAdNetwork 2.0

Nevertheless, a transformation is going to have to occur in marketing iOS apps. Even walled garden SANs (self-attributing networks) will not be able to use the IDFA for one-to-one attribution (although they still have their own giant ecosystems where they can track users with first-party data).

Within Apple’s ecosystem, advertisers and developers will need to adopt the SKAdNetwork 2.0 (or SKAN) framework. This is Apple’s answer to upholding user privacy while allowing advertisers to track their campaigns, but without disclosing granular, user-level data.

So what should you focus on now if marketing iOS apps are part of your business? We will cover our view and approach in depth after Apple implements this change.

Here are some top priorities to consider immediately:

The most powerful tool a company can employ to support the growth and management of their first-party data is a Customer Data Platform (CDP). CDPs support the data you have now, and provide a bridge into the future. Only since 2017 have CDPs become a product to note and keep an eye on, but with more privacy restrictions and concerns comes this notion of owning and retaining the majority of your business’s first-party data. Building your own “walled garden” is not a fad, but rather a lasting strategy.

Instead of a nice-to-have, CDPs will be viewed as must-haves with budget allocated. Particularly valuable will be CDPs rooted in managing big data and identity. These are built to support not just advertising use cases, but the more complicated omni-channel personalization use cases that require data, insights, and engagement to work in unison. With the depreciation of the IDFA, companies need to pivot quickly to maintain a high level of relevance with their customers.

We will revisit the impact of Apple’s change to IDFA (and what you can do about it) in Part 2 of this series. In the meantime, to learn more about how Treasure Data Enterprise CDP helps leading brands across every industry, read our customer stories. Or send your questions directly to our CDP experts. 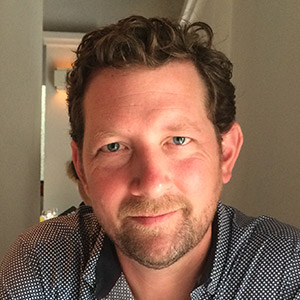 Jeff Ralls
Jeff Ralls is a senior strategy manager at Treasure Data who focuses on adtech/martech solutions and trends. For close to 20 years, he has been involved with running marketing and advertising campaigns spanning the traditional to digital to the ever-changing mobile spectrum. He’s helped launch startups and also worked for larger brands such as eBay and Verizon Media, managing significant app campaign portfolios. He earned an MBA from the University of San Francisco and an economics degree from the American University in Washington DC. You can connect with Jeff directly on LinkedIn.

Shirin Aminabadi Shirin Aminabadi is a senior product marketing manager at Treasure Data who focuses on customer awareness and company outbound voice, keeping a close ear to the ground on what customers are saying and what is happening in the market. She has been in the adtech/martech space for 6+ years, with a diverse background and long track record of working with leading brands such as Adidas, Walmart, and McDonalds. She has worked in a direct sales capacity and most recently GTM & PMM roles. She works on overall product market fit and driving adoption. Feel free to reach out to Shirin directly.
Search the blog
Treasure Data 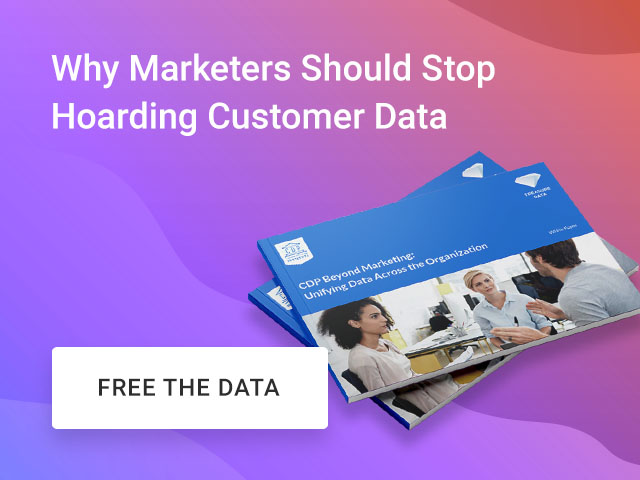