It’s not about the size of your data, but since we’re all counting…

It’s not about the size of your data, but since we’re all counting…
Last modified: August 23, 2016

It’s not about the size of your data, but since we’re all counting…

Maybe you’re new to the data world. In which case: tl;dr data size doesn’t matter but we still love to compare.

If you’re still chuckling, then perhaps you’ve noticed the proliferating number of #humblebrags on Hacker News about the size of someone’s data pipe. The headline usually goes something like this:

Examples include Yelp’s latest article on a their 1 billion messages pipeline. Gold star Yelp, thanks for sharing! This seems like a pretty fat pipe, until you remember that a message is essentially just another kind of event — albeit with a slightly larger payload — which the good trolls of H/N were quick to point out. There are plenty of IoT networks that generate that amount of traffic in a single hour! (Ask us how we know.)

Segment recently put up a job posting for a Infrastructure Engineering position, and in it they linked to the following diagram saying “we ingest somewhere near the total number of Snapchats and Instagrams combined.”

Cool story Segment! That clocks in at about 1.2B events per day. At Treasure Data, we have customers doing that volume every hour! In fact, a few weeks ago we just passed 100 billion events per day, all ingested into the single largest multi-tenant Hadoop cluster in the world. Since then, we’ve grown even further: blowing past 1.5 million events per second last Friday. And that’s not even counting the volume handled by Fluentd — our open source pipeline technology deployed at companies like Atlassian, Microsoft, and thousands of companies running on AWS, Google Cloud Platform and Microsoft Azure.

I guess you could say we’re pretty serious about our data volumes too. But since the goal of all this data is to glean insights, what can we take away here?

So fear not, ye of considerably smaller data! If you can bring it all together with the right tools, you too can unlock game changing insights for your business. You don’t need big data expertise, or a fancy engineering degree. You just need a tool that’s built from the ground up for business analytics, with friendly connectors into popular SaaS tools and powerful processing engines to run all of your cross-silo analytics. So stop enviously lurking on H/N and get your own data into the action today. 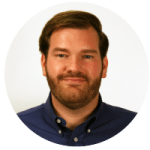 Paul Lacey
Paul Lacey is equal parts entrepreneur and engineer. He manages Product Marketing at Treasure Data, after several years at a social media startup that he co-founded himself. He loves big data, ruby-on-rails, and any blogging platform other than WordPress.
Treasure Data