If you’ve ever played games on your phone, chances are you’ve played a MobilityWare game—either its flagship Solitaire or any of the many other games the company offers, such as BlackJack, Spider, or Jigsaw Puzzle. Founded in the 1990s, the company’s continued success and platform transitions are due in part to its deep understanding of its players and their customer journeys. And lately, MobilityWare’s creative use of customer behavior insights are getting an assist from a customer data platform (CDP) from Treasure Data.

One of the toughest things for a gaming company to do is keep its best customers playing, but that’s pivotal in increasing customer lifetime value (CLV). And the answer is usually highly dependent on the game, the demographics of the players, and even individual customer journeys and player histories. Teasing out player incentives or other customer retention strategies requires careful customer data analysis.

The other problem games sellers face is how to monetize their games, and a major concern with any contemplated change is not cannibalizing revenues from current play. MobilityWare makes money from in-app purchases and ads, plus rewarded video.

The challenge that the MobilityWare team faced was this: How do you figure out when a customer is likely to quit playing? And which player incentives could delay or stop customer churn?

Chris Densmore, director of analytics for MobilityWare, set out to get answers. He focused primarily on “dedicated players,” who had installed the game more than two weeks ago, but who had not played in the previous two weeks.

“Dedicated players can be incentivized, they’re more valuable, and we have a larger behavioral dataset because they’re more likely to have played a lot in the past,” Densmore says.

“They can be incentivized, so there’s something we can do to influence the outcome, which is important,” he adds.

Densmore used MobilityWare data and analytic features from the company’s Treasure Data CDP. Then he chose a logistic regression model, because it can still produce valid results even if some variables are correlated—as they usually are in real, live users—and because logistical regression makes it possible to interpret contributing factors as well. Another bonus: The coefficients that come out of regression can be easily placed in SQL scripts to produce predictions.

Densmore’s work got some surprising results. Rewarding people with a coin that can be redeemed within the game wasn’t the clear winner. It did reduce churn, but had a negative impact on monetization. People tended to hoard them for unspecified “later use,” rather than play more and use them in the game. And who wants to take steps that hurt revenue if they don’t have to?

Customer Data Insight #2: Gamers Want Boosters, Not Coins, and They Pay More If You Help Them

The real surprise was that giving someone a “booster,” or a small assist or tool they can use to win, was almost as effective as coins in combating churn, PLUS it increased ARPU (average revenue per user) by more than 450 percent for those with a probability of churning between 60 and 80 percent.

A little bit of help—but not so much that it devalued the accomplishment of winners—was the key to reducing churn and renewing player interest in the game. And without the CDP data, it would have been tough to get the customer insights that pointed the way to the right customer experience. With it, hypothesis testing and predictive modeling pointed the way to higher profits.

To see how CDP data can help your business improve revenue and increase customer lifetime value, check out www.treasuredata.com. 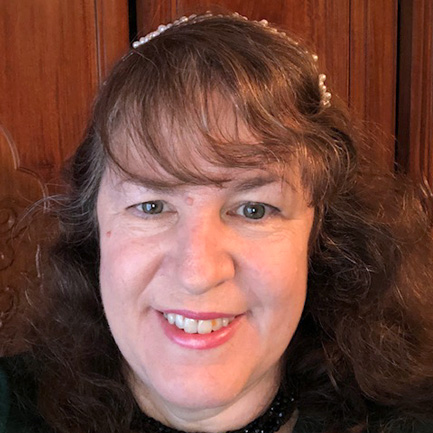 Lisa Stapleton
Lisa Stapleton is a former editorial director at IDG and former senior editor for InfoWorld and InformationWeek. She has written extensively about enterprise IT, business and environmental topics, and now serves as a senior marketing content manager for Treasure Data. She holds an MBA from Santa Clara, an Applied Math undergraduate degree from UC Berkeley, and an MA in journalism from Mizzou. She also enjoys being a Toastmaster.