Pardon the Interruption, This Message Brought to You by the CPG Industry

For the past couple of weeks, we have been discussing the changes in consumer drivers and motivations that have created a shift in brand loyalty dynamics specific to the consumer packaged goods (CPG) industry.

Last week, we concluded that CPG brands need to engage the right person with the right message at the right time. In this blog, we will dive a bit further into the concept of timing.

Before we look at the current situation, let’s review a bit of historical context. If we go back 25 plus years, the primary means of consumer engagement was through traditional advertising—TV, radio, and print. These messages were general and broad. They were meant to deliver the most comprehensive message to the widest audience. It wasn’t possible to personalize the engagement beyond the demographics of the channel, such as the target audience of a television show or the subscribers of a specific magazine.

Additionally, the “timing” of the engagement was always an interruption to the audience. Think about it, you are reading an engaging story in your favorite magazine only to have to skip over a full-page ad for a brand you care little about. TV and radio weren’t any better; advertisements were a disruption to the enjoyment of the show.

This interruption had a cost, and as a proxy for this, one could use the subscription fees a consumer was willing to pay for cable and later satellite TV. (Of course, the value of the unique content also comes into play with premium services such as HBO.) The same could be said of digital video recorders (DVRs), such as TiVo. The value of DVR devices and services was not just the ability to record content but the ability to rapidly skip over the commercials. This had to have been disheartening for brand managers and creative directors who knew this technology was designed to help people ignore their hard work.

The advent of digital media came with the promise that brands would be able to deliver personalized and relevant content at the most appropriate time. Instead of being disruptive, brands could actually provide value to consumers.

The question becomes, how well have we done in achieving this goal?

Let’s take a look at some statistics from 2006. This could be considered the “Dark Ages” of digital as it was before the 2007 launch of the first Apple iPhone.

During this time, email marketing was one of the primary forms of digital engagement. Data from early 2006 shows the following:

Source: eROI, May 2006 as reported by MediaPost

Given the nascent capabilities of the time, a 5.4% click rate isn’t really too bad.

Whoa! So over the past 14 years, benchmark performance has declined? Given all of the data available to drive personalization and relevance, we are doing a worse job? How is this possible?

But wait, you might be thinking, “Of course the CPG industry is not great at personalization. As an industry, we don’t have access to the first-party data that would allow us to be more relevant.”

Fair point, so let’s look at an industry with lots of first-party data—our friends over in retail:

Yikes. Granted, this is just one KPI and one focused on email, which is just one of many forms of digital engagement. But if we think about our own experiences, I’m sure almost all of us—at least anecdotally—have felt that most digital marketing is often irrelevant content delivered at an inappropriate time.

We could use digital ad blocking technology as another data point, like DVRs, the business model is based on the ability to avoid engagement (and the intrusiveness of advertisements). According to data from Statista, it is estimated that over a quarter of internet users utilize ad blocker technology. Estimates on how much advertising revenue is lost to ad blockers varies widely, but it is most likely over $10B, with Statista estimating $12.2B in 2020. While the perceived irrelevance of the ad is often the primary reason for the use of ad blockers, the intrusiveness of the ads is also a top reason.

At this point, the saying “don’t bring me problems, bring me solutions” is echoing in my head.

Clearly we are struggling as an industry with delivering relevant content at the right moment in time. The issue to me though is that there is too much focus put on the relevance part of the equation (through capabilities such as personalization) and not enough on the time component. Haven’t we all received a digital offer AFTER we have made a purchase; this is a great example of relevant content delivered at the wrong time.

My recommendation is that in addition to looking for data, technology, and processes that improve the ability to find the right people (e.g. lookalike modeling) and deliver the right message (e.g. personalization), you also take a look at capabilities that address the time part of the equation.

To enable RTIM, companies need access to granular data about the consumer and the consumer journey, which can be limited for CPGs. But as the amount of first-party consumer-level data increases through initiatives such as direct-to-consumer (DTC), taking a look at Customer Data Platforms that support RTIM would be well worth the effort.

Keep up with the latest CPG industry news and trends. Check out Episode 13 of CPG Bytes for more about real-time engagement. And read The Forrester Wave: Real-time Interaction Management, featuring the 13 providers that matter most in this category and how they stack up. 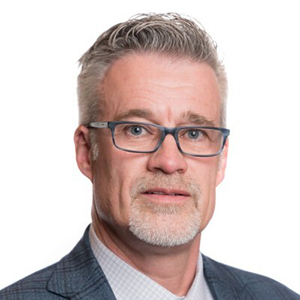 David McCarty
David McCarty has over 30 years of experience in the CPG industry. He consults with CPG and retail clients to develop and implement strategic, digital transformation initiatives. David’s areas of focus include marketing, trade promotion, ecommerce, new product innovation, and supply chain. His passion and motivation are driven by helping his clients leverage innovative technology to drive profitable growth.