The 2021 holiday shopping season has officially begun. This week’s newsletter is dominated by forecasts for Black Friday as well as initial reads on the weekend’s results. Remaining articles, dated November 22 to November 28, include quite a few new tech initiatives, partnership announcements, and recently released quarterly results.

If you’re interested in retail, direct-to-consumer (DTC), data-intensive marketing, and consumer trends, this blog series is for you!

Adobe’s Black Friday figures tend to be the most commonly cited so far (as of 11/28/21). Results show online sales down from $9bl to $8.9bl from last year for Black Friday alone. However, this is more likely an indication of holiday shopping starting earlier this year, which Adobe also noted. We may need to see the total season to gauge performance. Sensormatic reported visits to stores on Black Friday was down 28% compared to 2019, indicating the shift to digital. And that doesn’t take into account the fact that a lot of retailers (including some of the biggest ones like Walmart) were closed on Thursday. Read the story.

Store analytics from RetailNext shows a similar picture with store traffic down 27% compared to 2019, consistent with Sensormatic. Store sales are down 5% compared to 2019 for stores open on both days. This may indicate less browsing and more targeted shopping by consumers for store visits. I think this is indicative of a trend where the decision of what to buy is affected by digital exposure much earlier in the purchasing journey than before. Read the story.

A little more nuance on performance, showing “buy now, pay later” options are increasingly used by consumers as are curbside pick up options. Mobile is also showing an increase in penetration, both in terms of browsing as well as purchasing. Read the story.

‘You Can Almost Taste the Hot Chocolate’: Why Catalogs Are Still Winning Holiday Marketing

Catalogs are (kinda) coming back. Good article on catalog trends versus digital marketing trends. Most quotes come from catalog insiders, so it’s a bit bullish, but I agree with most of their points. There is a place for large direct mail formats if done as part of a holistic marketing strategy. And catalogs will work better in some industry sectors and sociodemographic groups than others. I’ve been hearing about the death of catalogs since email was “the new revolution” and they are still around. At the end of the day, it’s another tool in the marketer’s arsenal. Read the full story.

A crypto investor used crypto currency to buy virtual real estate in a virtual world (sorry, metaverse). I am either looking at the future of daily living or a speculative bubble or some new form of tech meets world confluence. Whatever it is, I need smarter people to weigh in! Read the story.

Walmart is solidifying its drone delivery services. Zipline, announced this week, is the latest. This is on top of partnerships with DroneUp and FlyTrex that are in testing stages. Amazon and Kroger are also testing drone delivery systems. Drones can act as an alternative or, most likely, a supplement to “last mile” delivery that has been a challenge for retailers and dependent on a few key players. This has been changing with all the entrants into the last mile delivery (Uber Eats, Instacart, the list goes on), but still remains a challenge both from a reliability and cost perspective. Drones could give the big players even more advantages, especially the ones with a large physical presence (such as Walmart and Kroger). Read the story.

Clean Rooms, Explained: How They Became the Buzziest Tool in Ad Tech

Here’s a good high-level article on the evolution of clean rooms, how they work, limitations, and how they can be part of the end solution to third-party cookie loss. I found it better to think of them as siloed-anonymized datasets. Clean rooms address (mostly) privacy concerns but are limited by scale. The only data in a clean room comes from participants. Inside Kroger’s clean room, there is only Kroger data, until someone else joins. Read the story.

Carrefour is testing its own cashierless concept. This is part of its push to digital and it makes sense for the company to own this type of technology, which works on frequent and repeat purchases environments. Carrefour has partnered with AiFi to launch. I would expect this cashierless/humanless technology will eventually coalesce to a couple of players that will dominate the sector as the concept becomes more and more prevalent. Read the story.

A couple of interesting partnerships. Douglas perfumery is collaborating with Gorillas for cosmetics delivery. It’s an interesting way to expand distribution for Douglas and a broader reach for Gorillas. Sounds good for both. I am wondering if cosmetics are something consumers want delivered though. Read the story.

Delhaize and Tastyoo are launching a hot takeout service pilot. Delhaize is a shareholder in meal supplier Tastyoo, so the partnership makes sense. According to the article, it will launch with a minimal menu and potentially expand. I actually like the concept of using consumable but not sellable produce in this pilot. Read the story.

Balenciaga launches its 50th collection. For a first, it’s not doing it in Paris but rather Shanghai. Haute Couture collections are a well-time staple in the fashion sector and have historically been hosted in Paris or elsewhere in Europe. This short article about the announcement is one of many signals that the core of the industry’s sales is shifting to Asia. Read the story.

Is ‘Natural’ Wine a Natural Fit for Patagonia

Patagonia is launching an alcoholic collection of wines, cider, and sake. DTC brands have a tendency to expand beyond their core categories, usually as a growth initiative, or to take advantage of a trend. Results historically have been mixed.

In this case, however, I think it’s a spectacular move by Patagonia on so many levels. It is completely in line with the company’s position, values, culture, DNA, whatever you want to call it. And it confirms the strength (financial and otherwise) that companies gain by thinking of themselves beyond products or services as well as the importance for DTC brands to have company principles (for lack of a better word) that defines who they are and drives their decision.

As unrelated as apparel and wine may be at first glance, the way Patagonia built both is perfectly aligned to who it is. I won’t be surprised to see Patagonia gaining a good foothold on its current customers’ spirit purchases. Prospecting may be more tricky, but Patagonia has a solid grasp on positioning, message and audience to make this work. Get the full story.

70% of New Muji Stores in Japan to Be Supermarkets

Muji Japan is shifting heavily towards supermarkets. Muji announced that food will be a more dominant component of its future strategy. I would speculate Muji is trying to become a frequent destination for its customers. Food, however, like all DTC sectors, comes with its own unique challenges. Read the story.

Marks & Spencer on the Radar of Investment Group Apollo

Apollo is eyeing Marks & Spencer. Apollo has been on the hunt for food-related investments for a while. It has tried to buy several chains recently and failed. Now Apollo has M&S on its radar, especially the Ocado partnership, which it considers undervalued. Read the story.

The Gap posts lower-than-expected Q3 results. Gap’s quarterly announcement was full of “blame-the-supply-chain” excuses. Comps were down 1% to 2019, and the company is revising its forecasts down. Supply chain disruption is one of the issues Gap is facing, but it’s not enough to explain its performance. The Gap is clearly losing market share. The company did fly in a lot of inventory to make sure it would be available for the critical holiday season (which came at a high cost). While that was one good solution to the problem, The Gap’s issues are more fundamental than that. In summary, the Gap doesn’t have solid positioning (see Patagonia above) for any of its brands to drive its strategy, product portfolio, marketing, etc. Instead, we see apparel-driven branding campaigns that don’t seem to resonate with consumers, and there is a revolving door for its marketing and branding executives. Initiatives tend to focus on clothing redesign with nothing that excites consumers. Gap management needs to understand its customers’ drivers and determine what the company stands for. Read the full story.

Nordstrom joins Gap in a weaker Q3 performance. Nordstrom noted that the weakness was primarily its Rack stores, because, you guessed it, “supply chain!” The article quotes several analysts voicing their concerns on Nordstrom’s turnaround and ability to execute in an environment where a lot of players seem to be doing it better, including Nordstrom’s direct competitors who incidentally posted better results than Nordstrom. Not to sound like a broken record (I take very good care of my vinyl collection) but Nordstrom needs to figure out what it stands for. Like Gap, it needs to devote a lot of thought to learning who its customers are now and why they like Nordstrom. Then, the company needs to use modern martech and customer data to drive its strategy and decisions. Get the full story.

Dick’s Sporting Goods posts strong Q3 results. Its comps are up 12% to 2020 and 6% compared to 2019, and net sales for the quarter came in at $2.75 billion. Total sales are up 40% to 2019. Net income was up 78% over 2020, and 450% compared to 2019—boosted by improvements in cost of goods sold (COGS) and subsidiary losses in 2019. Dick’s is also expanding on its experiential store formats and private labels while still building on its relationship with Nike. By and large, these were strong moves for the company to position itself well in the future. And interestingly, there was not a word from Dick’s about supply chain issues. Dick’s has initiated a transformation journey and it is positioning itself as providing experiences around sports. In fact, the company considers customers as “athletes” and puts effort (i.e. money) to be present where customers engage in sports (including sponsoring games). Read the story.

Off-price Retailers Beat Q3 Expectations but Brace for the Holidays

Summary results for off-price retailers include a solid quarter for the major players, TJX, Ross and Burlington, all posted strong growth compared to last year and 2019. As expected, they claim to be affected by supply chain problems and inflation as well. But according to an interesting note in the article, the sector could potentially benefit from the current supply chain issues if inventory is delayed to other retailers and ends up on their shelves instead. That won’t happen, though, until at least January. Read the story. 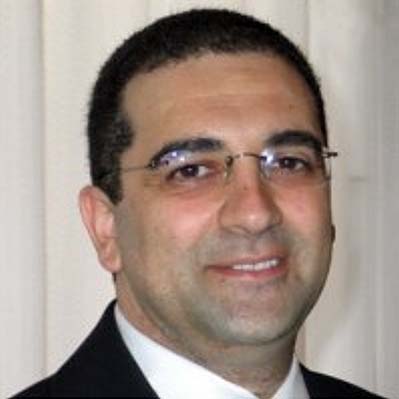 Nick Antoniades
Nick Antoniades is the Industry Principal for Retail at Treasure Data, a leading enterprise CDP with over 450 clients globally. Nick has over 20 years’ experience driving growth in the digital and retail sectors for enterprise brands like Bed Bath and Beyond, Vitamin Shoppe, and New York & Company. Nick has a proven track record in shaping strategy and optimizing user experience with expertise in digital and omnichannel lifecycle customer journey, CRM, marketing strategy and optimization, ecommerce operations, analytics, and customer loyalty. Additionally, Nick brings in-depth operational knowledge across marketing channels including SEM, email, SMS, affiliate, retargeting, and direct mail as well as optimization methodologies, such as A/B testing and personalization.