The Story of an Engineer.

Here is an anecdote. I am sure some of you have had a similar experience.

What is Wrong With This?

The takeaway lesson of the above story is twofold: (1) logs are not just for humans to read and (2) logs change.

(1) Logs are not just for humans. As Paul Querna points out, the primary consumer of logs are shifting from humans to computers. This means log formats should have a well-defined structure that can be parsed easily and robustly.

(2) Logs change. If the logs never changed, writing a custom parser might not be too terrible. The engineer would write it once and be done. But in reality, logs change. Every time you add a feature, you start logging more data, and as you add more data, the printf-style format inevitably changes. This implies that the custom parser has to be updated constantly, consuming valuable development time.

Here is a suggestion: Start logging your data as JSON.

JSON has a couple of advantages over other “structures”.

An Example of JSON-based Logging: Fluentd

We’ve already talked about Fluentd in this blog, so I won’t bother you with the details. It’s a logging daemon that can talk to a variety of services (ex: MongoDB, Scribe, etc.)

One of the key features of Fluentd is that everything is logged as JSON. Here is a little code snippet that logs data to Fluentd from Ruby.

Now, suppose you wanted to start logging the referrer URL in addition to user agent. You just need to update the Ruby hash that corresponds to JSON.

That’s the only change you need to make. All the existing scripts work as before, since all we did was adding a new field to the existing JSON.

In contrast, imagine you were logging the same data in a printf-inspired format. Your code initially looks like this:

When you decide to log the referrer URL, you update it to:

Now, most likely your old parser is broken, and you have to go and update your regex and whatnot.

We are biased towards Fluentd because we wrote it ourselves. But regardless of what software/framework you choose for logging, you should start logging everything as JSON right away. 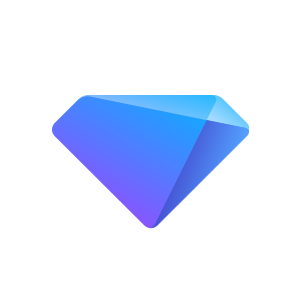 Treasure Data
Treasure Data is the only enterprise Customer Data Platform (CDP) that harmonizes an organization’s data, insights, and engagement technology stacks to drive relevant, real-time customer experiences throughout the entire customer journey. Treasure Data helps brands give millions of customers and prospects the feeling that each is the one and only. With its ability to create true, unified views of each individual, Treasure Data CDP is central for enterprises who want to know who is ready to buy, plus when and how to drive them to convert. Flexible, tech-agnostic, and infinitely scalable, Treasure Data provides fast time to value even in the most complex environments.