What’s the difference between influencer marketing and social media marketing? Both can have a huge impact on your brand’s revenue and reputation, and neither strategy should be taken lightly or ignored. Social media marketing is often experienced by consumers as a personal extension of your brand’s voice on social channels. Influencer marketing, on the other hand, leverages the “social capital” of individuals your target audience trusts to expand awareness and affinity toward your brand. Social media influencers are now so ensconced in modern culture that it’s influencing career choices: A recent study conducted by LEGO showed that kids in the United States aged 8 to 12 are three times more likely to want to be a YouTuber (29%) than an astronaut (11%). And if you Google “social media marketing,” you’ll find more than 5 billion articles that mention it.

With 148 million Instagram followers, Kylie Jenner is a prime example of an influencer’s marketing power. Her posts often get 8 or 9 million “likes”’ within the first 24 hours. As Forbes notes, Jenner is the youngest ever self-made billionaire—having worked as an ambassador for name brands like Puma and Adidas first before launching her own Kylie Cosmetics, valued at $900 million. Jenner is the quintessential influencer.

Influencer marketing is a niche of social media marketing that involves endorsements and product placements from individuals—like Jenner—who are influential in their respective fields. Influencers can be found in any industry, and they use their voice to help brands gain awareness, credibility, and trust. A recent study by Clever Real Estate found that 44.7% of 18-to-34-year-old U.S. internet users had bought a product or service recommended by an influencer. And about a third of users surveyed by Adtaxi said they made a purchase after seeing a post from an influencer.

The Evolution of Social Media Marketing

What’s different about social media and influencer marketing? Most importantly, instead of being one-way, it makes room for the voice of the consumer through the ability to comment, ask questions, and share opinions visible to others. While traditional marketing methods focused on the four P’s—Product, Placement, Promotion and Price—social media marketing introduced the fifth P: People. Marketing campaigns became conversational and even two-way, with consumers as active participants, sharing their opinions, both positive and negative—and marketing and PR departments now ignore them at their own peril.

According to a recent survey among marketers from a variety of industries, 92% said influencer marketing was an effective form of marketing. Brands have always known that consumers are more likely to believe other individuals who they trust. Influencer marketing is the modern-day equivalent of the traditional TV-celebrity endorsement. Remember Fabio’s infamous “I Can’t Believe It’s Not Butter” TV spots? What about the George Foreman grill? We can think of those as harbingers of influencer marketing—the use of public figures to help advance a brand or product. Marketers already had celebrity endorsements in their toolkit, but the rise of social media influencers changed this method of marketing.

For instance, influencer campaigns are collective collaborations between brands and influencers. In other words, the influencers really do influence the concepts themselves (sort of like if Fabio or George Foreman wrote their own scripts).

Unlike the previous generation of celebrity spokespersons, influencers express their experiences and opinions in their own voice. They have built social capital, credibility, and a following by sharing and interacting with their followers. It is this authentic feeling of connection between influencers and their audiences that is so valuable to companies who associate their brand with influencers’ credibility.

Scotch distiller Lagavulin took the internet by storm by releasing a dry-humor Yule log video with Parks and Recreation star Nick Offerman, titled My Tales of Whisky Holiday Edition: Nick Offerman’s Yule Log. In the 45-minute video (which has garnered 3.6 million views to date) the famously stoic Offerman sits in a giant leather chair by a roaring fire, occasionally sipping slowly from his glass of whisky, and saying nothing. The campaign was a clever twist on the strange phenomenon of the Yule log video—traditionally aired on television stations around Christmastime to fill empty slots. What made the clip particularly funny—as well as viral—was the complete lack of dialogue. The only “action” was when Offerman occasionally took a slow sip from his whiskey glass.

Subaru’s #MeetAnOwner campaign tapped sports vlogger Devin Graham (better known as @devinsupertramp) for its influencer video campaign featuring the new Impreza and targeting adventurous millennial buyers. The video—which has earned over 1 million views on YouTube—shows Graham and his friends slip-and-sliding off a 500-foot cliff (with parachutes). One post says, “I’ve been driving a Subaru since I could drive at 16, and never thought I would have the chance to work with a brand I genuinely loved!” Graham thanked Subaru in the video description and in its accompanying sponsored Instagram posts that promoted the video.

Social media has transformed business and the way customers expect to engage with their chosen brands. And storytelling—authentic storytelling—is at the center. In an interview with Ad Age, Samsung USA CEO Marc Mathieu says, “I had a saying at Unilever which was, ‘Marketing used to be about creating a myth and selling it.’ Now, it is about finding the truth and sharing it. Being transparent and focusing on telling a story in a very human, humorous and honest way that people can engage with is critical.”

And because the types of stories people find appealing vary immensely among individuals, the trend is to use AI and machine learning (ML) with huge customer data sets to figure out how people respond to blogs, influencers, and social media in general.

For example, Japanese shopping-mall giant PARCO used social media and mobile data analysis to discover a correlation between clipping a blog article at one of its affiliated shops, and an increase in the number of shoppers or purchases in that shop. PARCO uses this insight, along with individual customer data profiles from its customer data platform (CDP), to optimize offers for each customer.

By using AI and ML on large customer data sets, PARCO optimized recommendations in blog articles according to the customers’ preferences and behavioral data. Specifically, they use artificial intelligence (AI) and machine learning (ML) to analyze which shops’ articles customers frequently clip and where the customers go after clipping each blog. The results are used to decide which blogs and offers to show customers.

“Our one-year analysis revealed that a customer who clipped a shop article had a 35 percent higher tendency to visit a shop and make a purchase than a customer who did not clip, says Naotaka Hayashi, executive officer for the group ICT strategy office of PARCO.

“Such a big difference in subsequent actions depends solely on whether an article is attractive enough to induce a tap or not, so it is very important to increase recommendation accuracy by AI and other tools,” said Hayashi.

Of course, just knowing who your customers follow often tells you a lot about the types of products, services, and customer experiences are likely to spur them to interact with and ultimately, purchase. Influencer marketing is a way for brands to tell stories through one-to-many relationships that influencers have with their fans and followers, all while collecting the data that marketers need to better understand their customers. The rise of social media has given businesses the tools and flexibility to participate in the social experience, engaging customers in an interactive always-on environment, gaining new streams of data and insights that help prospects and existing customers convert, buy more, and promote your brand with their interactions. 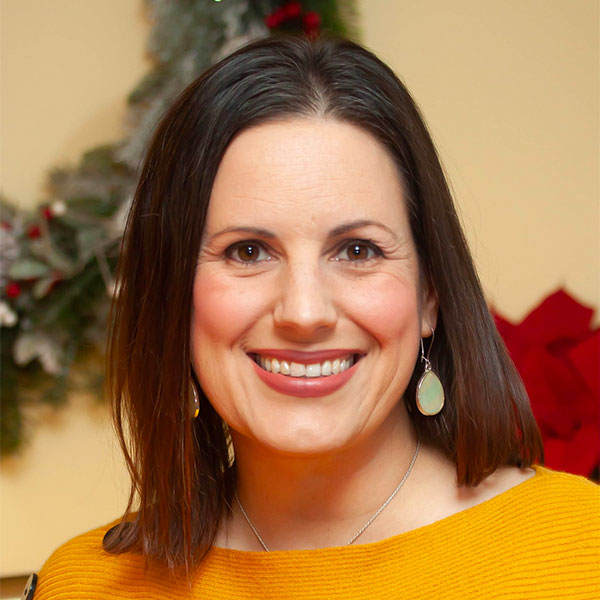 Christina Stubler
Christina Stubler is a content marketing manager at Treasure Data. She enjoys the strategy and teamwork of B2B marketing and the challenge of connecting the right message to the right audience. She holds a degree in journalism from San Jose State University and a certificate in marketing strategy from Cornell.