What makes a video game popular—and engaging enough to pay for it? And what drives success for video game companies?

Is it cutting-edge graphics? Sounds like a good hypothesis, but one of the top-selling titles of the last decade is blocky, pixelated Minecraft, ramming a Death Star-sized hole through that idea.

How about complex, satisfying game mechanics? But mobile games like Flappy Bird make millions with the simplest control schemes, so that idea goes down in flames—game over.

No, the one factor that drives success in gaming, whether mobile, console, or PC, is player experience. Modern games are almost a service more than a product. Developers can continue to refine and optimize the player experience long after the initial download. The games that are most in tune with their players’ desires enjoy longer playtimes, higher revenue per player, and continued visibility in a crowded field.

Data enrichment is the key to turning player feedback into an unbeatable player experience. Read on to learn how industry leaders are activating data to level up their games.

The gaming industry is primed for a revolution. It’s not just better technology—though the rise of 5G and the democratization of VR and AR are definitely part of the puzzle. Another critical factor is that game designers are now able to optimize the experience based on the vast amount of customer data being collected, with data enrichment, a technique that combines customer data from many sources to model customer behavior and motivation.

By combining data collected within the game with other sources of information about each individual, a game can be programmed to present the right in-game offers and incentives, at a time within the gameplay when the player is most likely to want them. One of the most common marketing technologies used to achieve such customer insights and enticements is a customer data platform (CDP), which can take data from sources as diverse as customer relationship management, support, demographic data, social media, email, loyalty data, texts—and virtually any other data source.

With the right customer data platform, developers can now unify and analyze all player data in order to personalize the experience across platforms, devices, and applications. Here are a few ways we’ve seen companies use these features to level up their revenue:

With the right data, adding new features is no longer a guessing game. While brainstorming and focus groups can help game designers create hypotheses and short-list new features, behavioral data ensures studios are investing in features that will reduce customer churn.

Mobile game designer MobilityWare discovered that players are most interested in boosters to help them finish levels. Armed with this knowledge, MobilityWare can prioritize the development of features to deliver on this need.

Freemium? Subscription? Single-purchase? There’s no simple structure for pricing games in the digital era. The ideal price is based on a number of features including platform, game design, the market, and competition.

In mobile gaming, where competition is high and loyalty is low, the freemium model is usually the default. In fact, 90 percent of all Apple App Store revenue is associated with games that are free to download.

In the freemium model, the game is free to play. However, there is a cost associated with unlocking certain features: In-game currency, customization options, and power-ups. In-app advertising has become another popular form of in-game revenue, accounting for 53% of monetization in freemium models.

The downside? If executed poorly, freemium models can alienate paying players. By evaluating customer data, game studios can use data enrichment to maximize both profits and customer satisfaction. A CDP helps by consolidating player activity across multiple channels, so that studios have a 360-degree view of the customers and why they stay or disengage.

Some people have an almost religious proscription against paying for games. However, there are still big bucks to be made if you can tap into the right players and their motivations. And there’s evidence that many gamers are changing their attitudes, in part because they believe in-app purchases are sometimes required to be a competitive player. In fact, by 2020, spending on mobile gaming is expected to reach $74.6 billion.

A CDP helps game designers focus on the right market segments. Sure, it’s good to know that, in North America, female mobile gamers now outnumber men. But how can game designers further refine the target audience? After all, not every female on the planet likes Candy Crush. A CDP takes market segmentation to the next level by piecing together a full view of each gamer and what they like.

The futuristic techno-thriller “Raw Data” rapidly became a VR sensation. It was the first VR-exclusive game to reach number one on Steam’s Global Top Sellers list and the first VR game to make $1 million in a month.

What’s more, it secured amazing reviews from players who continue to slip on the VR headset and immerse themselves in the virtual world—sometimes for hundreds of hours. The game, of course, has amazing graphics, but it also leverages a deeper understanding of its players than virtually all other games.

This insight comes courtesy of a customer data platform, which is used to capture and process an enormous amount of VR data—play patterns, content preferences, control schemes, and time spent. This type of granular data allows Survios to tweak the game for stickiness and enjoyment.

Survios can see churn associated with specific game features and, as a result, it has adjusted level difficulty and avatar mechanics based on player needs. When evaluating underperforming aspects of the game, Survios can pinpoint the problem to deliver the best solution.

For instance, the development team didn’t have to guess why players using the Boss character were more likely to quit than the average player. The data indicated that the avatar was cumbersome to use, especially for new players. Without the deep data from the CDP, they may have been left wondering if the avatar needed a new skin or a new weapon. But the data was clear: the development team just needed to simplify the avatar’s mechanics.

But avatar problems aren’t always in design. Players using the Saija character had a higher death rate than other players, even though the character design was solid. The Survios team increased Saija’s health stats but didn’t stop there. They also improved the tutorials for the character. Better tutorials meant a higher completion rate, which led to higher retention as players fully completed the onboarding process.

Power Up a New Reality for your Customer Data

Truly knowing your customers and understanding their behaviors can lead to better engagement, improved customer satisfaction, and higher lifetime value. To learn more about the benefits of our CDP, request a demo. 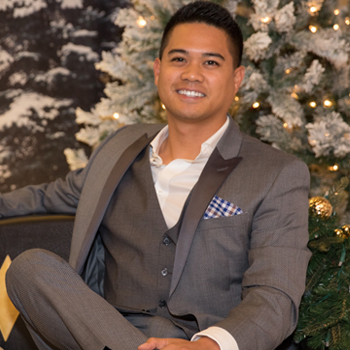 JC Quiambao
JC Quiambao is a passionate and detail-oriented sales and marketing professional with more than six years of experience in business development, events, email marketing, lead generation, and content creation. He's had experience with client-facing engagement and managing campaigns. Outside of work, he enjoys playing disc golf, rock climbing, and creating meals in the kitchen with his wife.